The Power of Play

Billund, Denmark – May 26, 2022: Ninety years ago, a Danish carpenter crafted a line of small wooden toys in his Billund, Denmark, workshop. His first collection had a modest 36 items that included cars, airplanes, and yoyos, all carefully crafted to help local children learn about the world.

What Ole Kirk Kristiansen couldn’t have known back in 1932, was that the LEGO Group would become one of the biggest toy companies in the world and inspire millions of children to play each year.

Twenty-six years after Ole made his first wooden toy, his son Godtfred patented the LEGO® brick we know today, with its interlocking tube system offering endless creative building possibilities. Since then, the LEGO brick has been busy. From a few simple bricks in primary colours, the humble brick has formed the basis of over 18,000 LEGO products, received the Hollywood treatment in THE LEGO MOVIE™, helped children learn about robotics and coding through LEGO® MINDSTORMS®, and inspired hours of playful digital adventures in over 180 LEGO video games.

Throughout time, Ole’s passion for fun and high-quality toys has endured as his legacy. In fact, the “LEGO” name comes from two Danish words “Leg Godt”, meaning “Play Well”. And now, new research from the LEGO Play Well Study shows play as not only fun, but also integral to childhood development, overall happiness and family wellbeing.

The Power of Play
For the 2022 LEGO Play Well Study, the company polled more than 55,000 parents and children in over 30 countries and found that almost all parents think children strengthen their creativity (93%), communication (92%), problem-solving skills (92%), and confidence (91%) while they play. When children play, they develop skills that help them thrive in a rapidly changing world.

But most importantly, almost all children say playing as a family makes them happy (97%), helps them relax and takes their mind off school (95%) and is their favourite way to learn.

A Family Affair
Play isn’t just for kids. Playing together makes the whole family happier, builds stronger family bonds and improves their wellbeing according to 95% of parents. Over 4 in 5 parents (85%) called out LEGO play specifically, saying their families are happier when they play with LEGO bricks.

Family values have always been at the heart of the LEGO Group, which is still headquartered in Billund, Denmark, where Ole started making his first toys. To this day, it is still owned by Ole’s family with grandson Kjeld Kirk Kristiansen recently passing the helm to his own son, Thomas Kirk Kristiansen.

“When my great-grandfather founded the company 90 years ago, he recognised that play could change the lives of children – it brings families together and helps children develop skills that can enable them to reach their full potential. He only had a small workshop, but he had big ambitions to ensure as many children as possible could experience the benefits that play brings,” said Thomas Kirk Kristiansen, Chairman of the LEGO Group. “Whether 1932, 2022 or on our 100th Anniversary in 2032, we strive to continue this legacy by helping all families, wherever they are in the world, to play well.”

Small Brick, Endless Possibilities
While the LEGO Group has constantly created new ways to play, its original purpose has never changed: to build children’s future through play and spark their imagination and creativity. In fact, six 2×4 stud LEGO bricks of the same colour can be combined in over 915 million different ways. A challenge accepted by fans the world over!

When it comes to children, 95% say toys like LEGO bricks help them be creative and try new things, while Adult Fans of LEGO (AFOLs) showcase jaw-dropping creativity with the LEGO brick everyday – they have even designed some of the brand’s most popular sets!

“I’ve used LEGO building to transform all the crazy ideas I have into reality for many years – there’s always new building techniques to try that spark my imagination for new builds. And most importantly, LEGO building connects me to a community of amazing creative people around the world,” said Chinna, aged 28 from Virginia, USA.

Building a Brighter Future
The past nine decades have reinforced just how important play is to all children. That’s why 25 percent of the LEGO Group’s profit dividends go the LEGO Foundation, giving millions of children the chance to play and learn – including those who are disadvantaged and impacted by crises. Last year, the LEGO Foundation committed over $440 million USD to help children around the world reach their full potential through play.

Celebrate With Us
In the lead up to its 90th Anniversary, the LEGO Group will be celebrating fan creativity and 90 years of LEGO play with a range of activities to help those of all ages experience the joy and benefits of play for themselves. These activities include:

Follow the hashtag #LEGO90years or visit LEGO.com/90-Years-Of-Play to join in the fun.

Fun Facts about the LEGO brand:

Fun Facts about the LEGO brand: 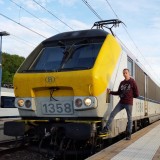